The European honey bee is brown, black, yellow, and fuzzy.  Not an aggressive bee.  Produces a lot of honey which is why they are the most raised by beekeeper.

Africanized Bee – The Africanized honeybee was brought here many years ago from Africa and Brazil. Bee Identification is tough because it looks identical to the European honey bee. They are smaller than the European bee but you can’t tell by the naked eye.  You can tell immediately by their aggressive behavior.  European honey bees will come in packs of 20-30 while the African bee will come in the thousands.

Bumble bee – Large, black, yellow, and fuzzy.  They aren’t as common compared to 20-30 years ago. Typically makes a nest in the ground where it’s moist. Bumble bees do produce honey but not enough to be harvested.  The bumble bees sting is very painful, & can feel like fire.

Carpenter Bee – Carpenter bees look like a bumble bee.  Big black (some yellow and black) and live in wood. Very territorial. The females sting while the males don’t.  Aren’t beneficial in any way.  Also will continue to bite making holes.

Sting-less Bee – The sting-less bee isn’t common here in the states.  Common in central south America.  Live in logs and make honey.  Honey has a stronger taste than the honey here made by the European bee. 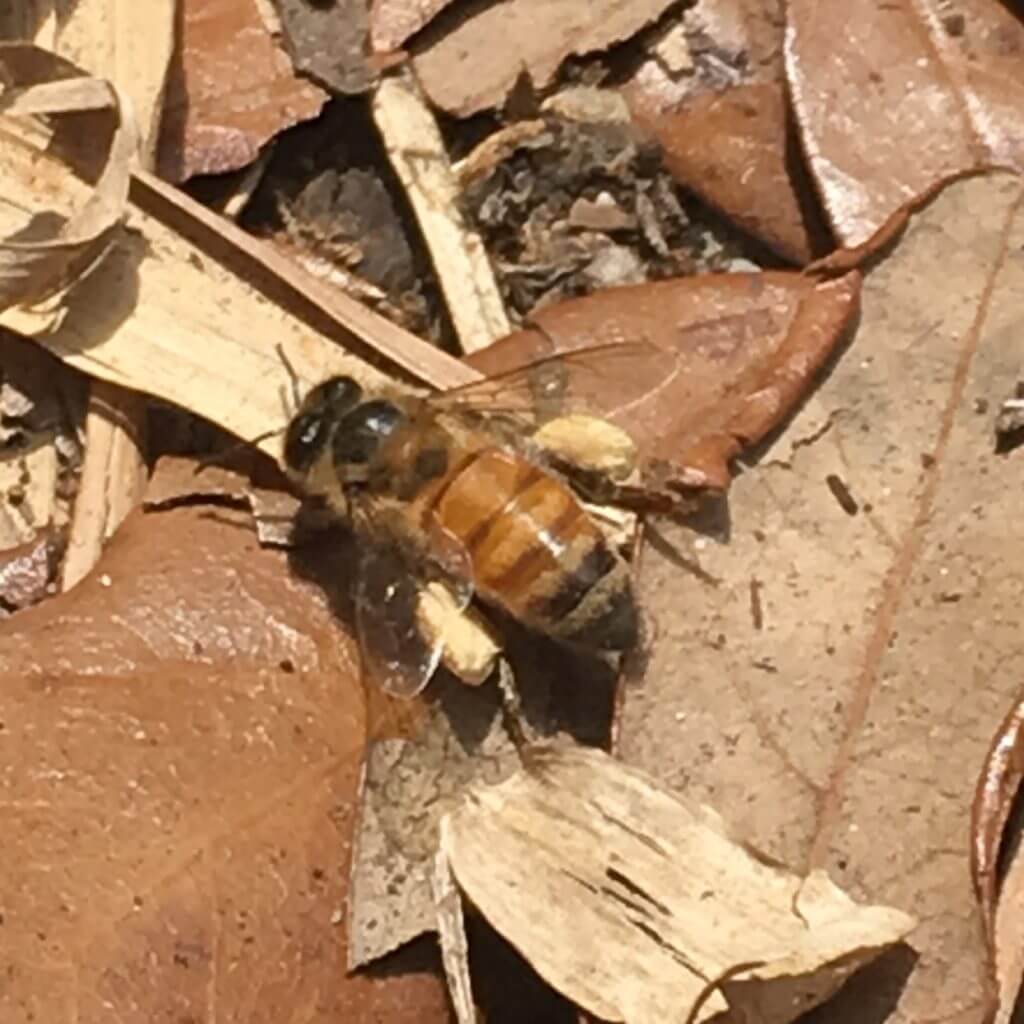 Yellow Jackets – Couple types of yellow jackets.  They are small and tiny with yellow and black stripes.  Difference with these little guys is they sting and bite.  Will also bite you holding on while they sting.  Sting you over and over.  Sting can be painful with pain sometimes lasting up to 4-5 days.  Yellow jackets mostly live in the ground.

Hornets – Like to make nests in trees, bushes, and ground.  In rare occasions you’ll see them built on homes.

Wasp – There are different types of wasps.  Their sting is painful.

Cicada Killer Bee – The Cicada killer bee is a large type of hornet that lives in the ground.  Typically seen in the months of June, July, & August.   They cause a mess in your yard by creating lots of holes.  Have big stingers but typically won’t sting you unless you grab it. 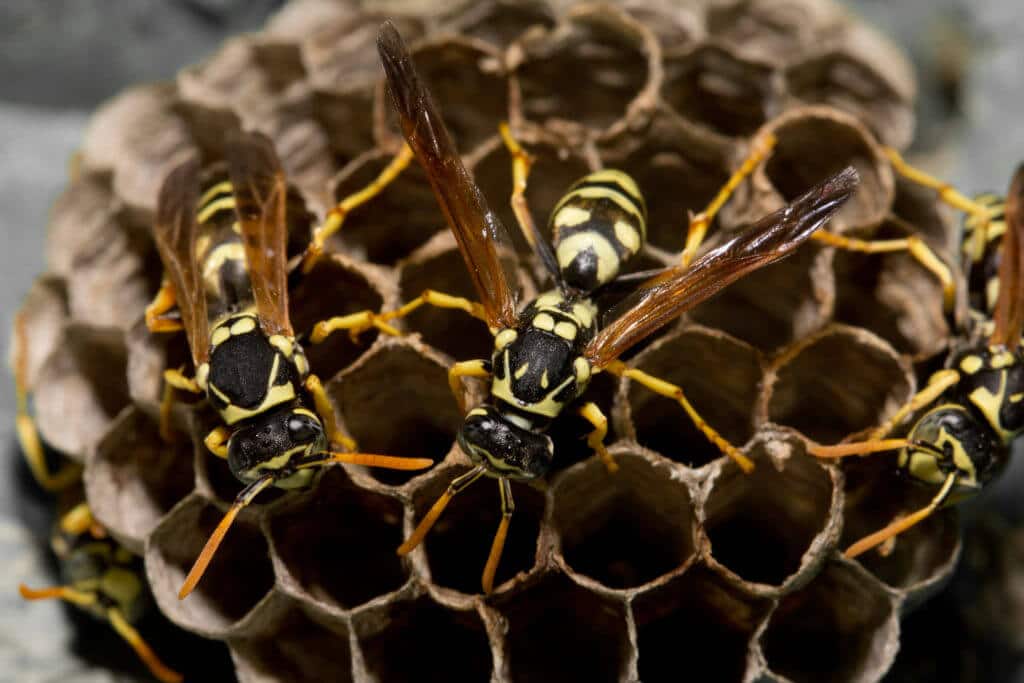